The 9th Street Community Garden Park rests atop the basements of five buildings that fell down, formerly occupying the space. Along with the wave of abandoned buildings, property disinvestment, and the economic downturn that came through the Lower East Side (and New York City more widely) beginning in the 1970s, there was a mobilization in the Lower East Side to take back the buildings and grounds as squats and gardens.

Rainwater is captured through a series of drains and bins. Composting also takes place, producing soil for the garden’s plots. The city has studied and recognized both the composting techniques and the rainwater capture when looking to spread techniques to other parts of the city. 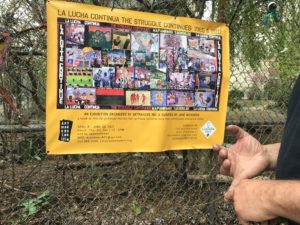