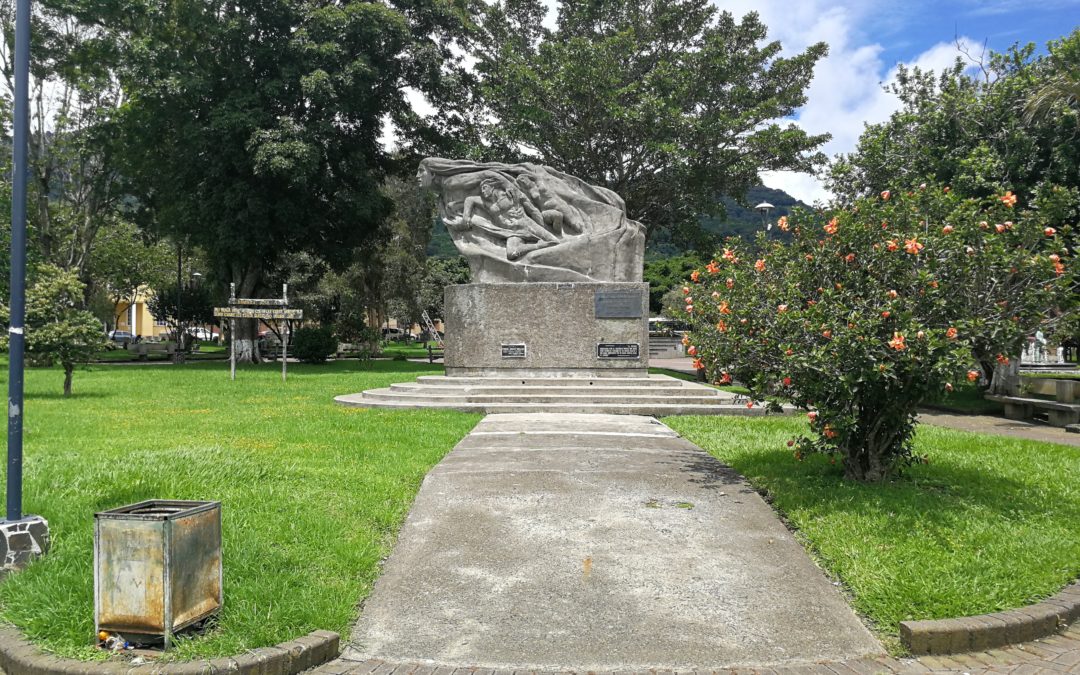 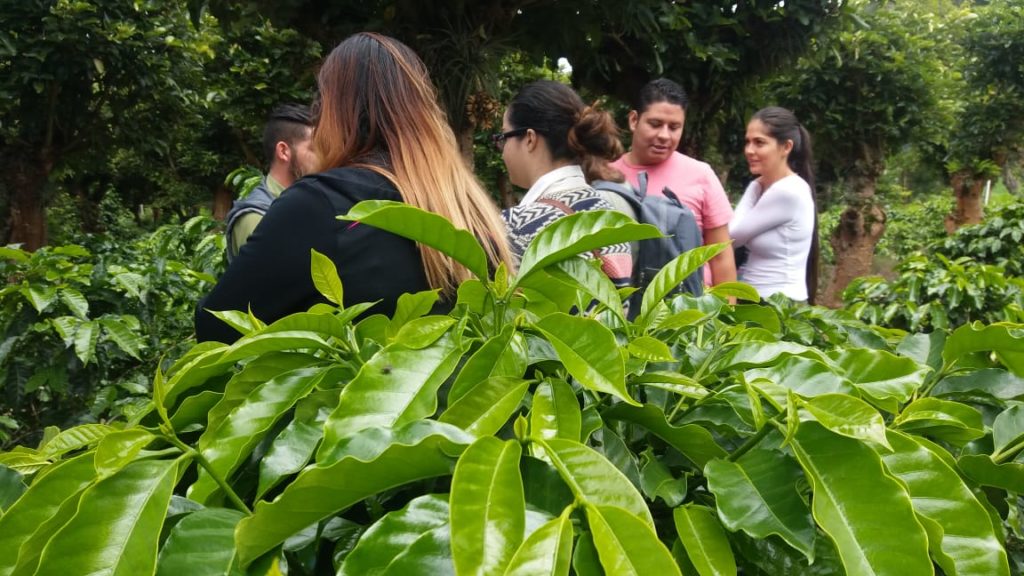 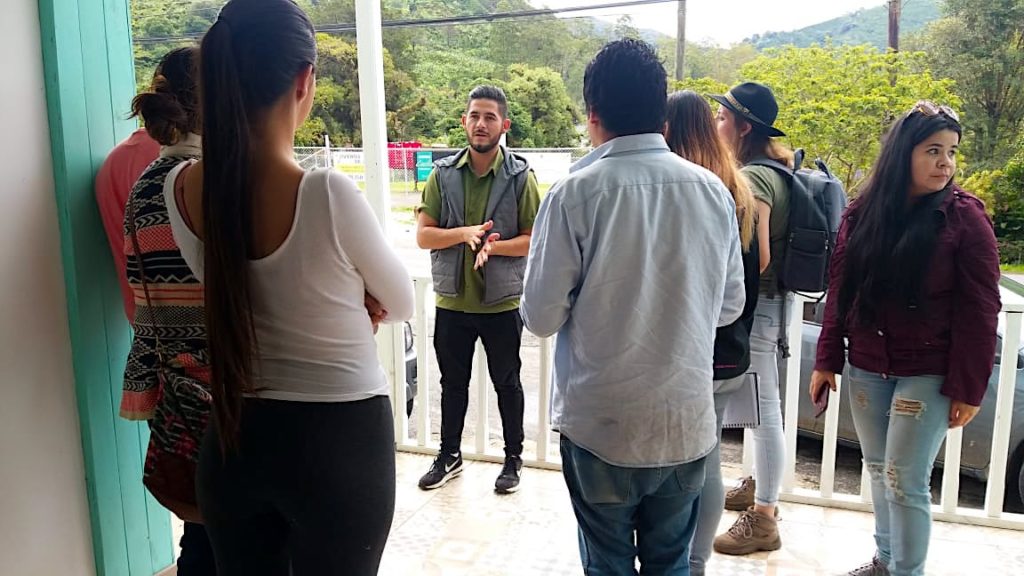 Social Housing as a commons for resilient cities – San José

This project is part of the Research and Development program, which seeks to develop initiatives with communities and local governments, which allow executing real projects that combine academic, professional and civic engagement aspects. The works aim to provide the student and teachers involved with study and work that originates directly from the context. Ultimately, we are promoting that the results of the research of this program have support from the institutions and can be delivered to the relevant organizations and local governments.

The project will apply the guidelines proposed by the Co-City protocol starting from the stage of Cheap Talking.

This specific stage will be divided into two phases: the first aimed at knowing the potential project user as current residents of the area. It is fundamental to have in the first instance an approach with those directly impacted by the project, to know their expectations, their needs and to gather as much information as possible about what the area is currently and how it works. The collaboration of existing groups in the area, such as development associations, encounter groups, will be vital for this process.

To follow, the second phase will be an approach with potential users, that is, to carry out a study of the target market. This part will be organized thanks to the support of the private sector that will share techniques and market study strategies.

In the same way, the following stages of mapping and practicing will allow us to get to know more in detail the area where to intervene. This will follow the urban design guidelines that are co-created at the academy level through the intervention of professors, experts in various topics such as landscaping, legislation in the urban field, planning principles, and the design of residential and mixed use buildings.

Finally, the stages of prototyping, testing and modeling will take place mainly in workshops where all stakeholders participate, facilitated by the figure of the La Mitad Más Uno collective.

The proposal is based on the concept of urban commons, but aims to achieve the development of an urban area that can be experienced as a city as a commons. This means proposing sustainable strategies for collective governance, such as the involvement of users from the early stages of the project, designing for a pooling economy, that is, not only project buildings, but the logic of the neighborhood experience; implement tech justice – for example using open and transparent mechanisms and digital instruments for the management of project data – all this through experimentalism and an enabling state, that is, a step-by-step process supported by public institutions.

This project is framed within the research area “Architectural projects for the city, the landscape and the territory. Urban planning, territorial planning and environmental assessment”, and coherently with the research lines of: Social Cohesion, Access, Equality and Preservation, Mitigation and Restoration, established in the Framework Document for Research of the School of Architecture of the Universidad Latina, in accordance with the Sustainable Development Goals promoted by the United Nations.

Through this project, we open the doors to an international opportunity for research and collaboration in urban design methodology. This will allow to project the Latin University of Costa Rica as the first academic institution in Latin America to launch this innovative Research and Development (Extension) program, which guarantees in the School of Architecture the execution of social and public projects according to the protocols of collaboration of the LabGov. The execution of this program promotes the design of projects with a strong commitment to national, governmental and non-governmental institutions as well as other academies in the world.

Impact on Students and Faculty

On the academic side, the generator of projects will be the Urban Design courses. This will be given under the guidance of the course teacher and the coordinators of the Research and Extension areas. The students involved, within the framework of this project, must propose a 360º solution of the urban problems of an area of the Greater Metropolitan Area of interest to the Ministry of Housing and Human Settlements. Through the compilation of its process from the beginning, the purpose is to disseminate the results with the governmental and private actors, as well as to share the experience in the framework of collaboration with the international network of LabGov, both through publications of articles in The Urban Media Lab, or in other international publications. Participation in this type of project allows the student to deepen the methodological theme of the projects he/she carries out, projecting him/her as a complete professional in the working world, having developed soft public relations skills, leadership, team coordination, fund management, and critical thinking, also highlighting the experience of the international LabGov research network, publications and collaboration with NGOs, public institutions and the private sector.

It is possible to design a new Social Housing solution within the framework of an urban regeneration plan that integrates the design of commons, applies the transect and megablocks, reflecting the new urban values: compactness, participation, 24/7, pedestrian friendly, mixed use, and self-sufficient (consumption and production: energy, information, goods and services).

The project implementation area is located in the center of the capital, San José, in the south area between the Sabana Metropolitan Park, and near the Pacific Railway Station, in Víquez Square, developing along a stretch of the railway line in a desolate area of particular abandonment. This is also due to the fact that originally it was an area for industrial use that no longer works as such, reason why the residential areas of south of San José have developed mostly to meet the need for workers’ residences. Although the blocks of small wooden houses are characteristic of an era and a social class, the abandonment has strongly affected this sector causing deterioration of buildings, insecurity and poor investment in public infrastructure.

Objectives of the project

Propose a Social Housing design within the framework of an urban regeneration plan that integrates the design of common goods taking advantage of land management instruments and international experiences in social housing.